QUOTE OF THE DAY

QUOTE OF THE DAY: "I want you troopers to remember, we're shoulder to shoulder on those Frontlines, brothers. And sometimes we may quarrel, but no matter what, we are united".
- ARC Commander Colt

Clones of The Republic

TROOPER OF THE DAY

RC-1138 was born in the year 32 BBY, in the cloning facilities of Tipoca City, on the aquatic planet of Kamino. A clone of the Mandalorian bounty hunter Jango Fett, RC-1138 was created to serve in the Grand Army of The Republic as a clone commando and, following a course off lash training, was placed under the direct training of the Mandalorian Cuy`val Dar training sergeant, Walon Vau. As his training progressed, Three-Eight proved himself an incredibly capable soldier, consistently scoring the highest of his clone bothers in weapon and tactics training. During a test of his melee skills with his training sergeant, Three-Eight broke Walon Vau's arm. With these accomplishments in mind, Vau assigned RC-1138 to Delta Squad, one of the first commando squads established by the Kaminoans, where he would serve as it's sergeant, and thus came to be known as "Boss" to his three squadmates, RC-1140, RC-1207, and RC-1262—known informally as "Fixer", "Sev", and "Scorch", respectively.
During the clone wars, Boss and Delta Squad were sent on a mission to the planet Devaron. They were sent to find out the result of Master Haley's radio contact disspearence. And they discover a grim truth...
Posted by Jordan Petto at 5:06 PM 1 comment:

TROOPER OF THE DAY

Delta-07 "Sev"
"Wow, this is amazing. Look at that!"
"It's a fish, Scorch. You'll get over it. So will the fish."
"Come on, how many folks get to do this? Savor the privilege, man."
"I will, next time I'm getting my shebs shot off."
―Scorch and Sev, during their first underwater experience in a real ocean
Sev was a master sniper, and a fierce fighter who enjoyed the thrill of combat. He decorated his armor with blood-red markings that some had trouble distinguishing whether it was paint he had used, or real blood. Sev possessed a grim sense of humor, and a powerful drive to succeed, believing that any failure of his would be letting down his training sergeant, Walon Vau, and disappointing him. Though he deeply respected and revered Vau, Sev also felt a sense of jealously toward the commandos who had been trained by Kal Skirata, who treated his trainees as though they were his sons. Sev masked these inner insecurities beneath an outward personality of aggressive strength that led the rest of Delta Squad to tease that Sev was a bit of a psychopath, even joking that his cloning tank had been spiked during gestation—Vau even suggested the Kaminoans recheck his DNA for mental aberrations.
Sev maintained a close relationship with his squadmate, Scorch, often trading jokes and quips back and forth at an almost constant interval. Sev found the Wookiee's tendency to blend their technology with the surrounding nature to be strange, though his time on Kashyyyk near the end of the war would give him an interest in acquiring a Wookie bandoleer. He enjoyed warra nuts, though the spiced kind was known to give him gas if he ate too many—a fact Scorch would tease him about. Sev also intensely hated Geonosians, and kept a count of Geonosian kills as a means of avenging the large number of clone commando deaths in the Battle of Geonosis: he intended to kill specifically 4,982 Geonosians, one for every fallen commando.
Posted by Jordan Petto at 6:57 PM 1 comment:

Next week The Clone Wars will launch a new arc of episodes, the Mortis trilogy. This arc with serve up a shocking revelation, that breaks new ground and revealing shocking new information about the force. Prepare to journey into the unknown & a strange world, where the only thing for certain is that the Star Wars Universe will never be the same...

. 3.15 "Overlords" - Anakin Skywalker, Obi-Wan Kenobi, & Ahsoka Tano are drawn to the mysterious planet of Mortis. As Anakin learns about his destiny from a family of powerful force wielders-the Father, Son, & Daughter-he faces his most difficult challenge yet. Can he bring balance to the force?

. 3.16 "Altar of Mortis" - As the Jedi attempt to escape Mortis, Ahsoka is taken captive as a lure to seduce Anakin to join the Dark Side of the force. As Anakin battles against dark forces, the Father attempts to stop the confrontation between his children, the Son & Daughter, which threatens to unbalance the force completely.

. 3.17 "Ghosts of Mortis" - Anakin Skywalker must choose between the light & dark side of the force, as he gains a disturbing insight into his own future. Meanwhile, Obi-Wan & Ahsoka prepare for a decisive confrontation in their effort to unravel the mysteries of Mortis. Can the Jedi ever escape the planet Mortis?

They sound like some amazing episodes, and Katie Lucas herself said they'd be great episodes. And for your knowledge, Sam Witwer is playing the Son, and Liam Neelson is Coming Back to Play Jedi Master Qui-Gon Jinn. Awesome indeed this is...Till' then, keep following.

THE SAVAGE OPRESS ARC COMES TO A SPECTACULAR END: 3.14 "Witches of The Mist"

On Friday, January 21st 2011, Clone Wars Episode 3.14 "Witches of The Mist" premiered, and in a surprising twist, the amazing arc of episodes ended. I would say "Witches of The Mist" was the best episode out of the three, "Nightsisters", "Monster", & "Witches of The Mist". The episode had many great moments and many remembered characters, like Savage Opress, Mother Talzin, Brother Vicus, and of course Delta Squad. Delta Squad was the best thing in the entire episode, just slipping ahead of the epic duel between Ventress, Savage, Dooku, Anakin, & Obi-Wan at the end. I remember when I went to Celebration V in Orlando, Florida. LucasFilm showed that clip of Delta Squad and the area, including me, went wild. But this episode also ended the rain of a amazing character, Toydarian King Katuunko, who fell at the hands of Savage Opress. The episode was also a great leap in LucasFilm's anamation in the Clone Wars TV show, with beautiful expressions, fabric movement, and lighting and effects.This episode did kick ass a whole lot. In conclusion the episode has many great elements, moments and characters. Till' then, keep following...
Posted by Jordan Petto at 8:48 AM 1 comment:

FIGURE PICTURES OF THE DAY

Posted by Jordan Petto at 8:28 AM No comments: 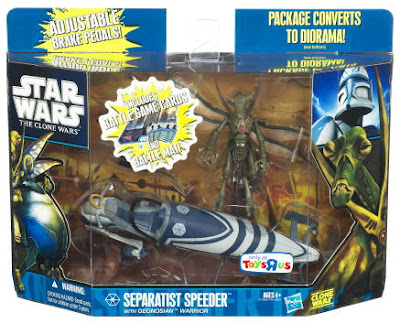 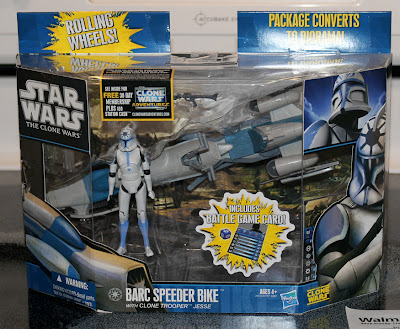 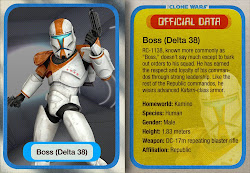 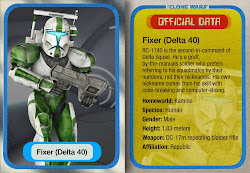 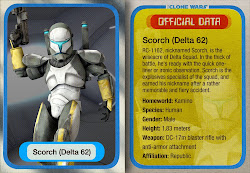 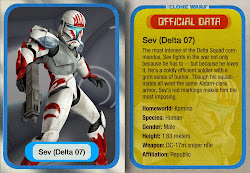 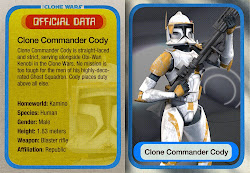 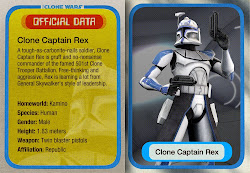 Jordan Petto
Welcome to my blog! I'm a co-Admin of The Star Wars Underworld. I hope to share some of the things that interest me in the Star Wars Universe and beyond. Im a Student At Boston MA. I Love Star Wars, Sci-Fi, and Anything Nerd...